The first day of fall in the Pacific Northwest greeted us with a torrential downpour. The stream beside my house became a roaring brown torrent and the dryness of an exceptionally warm summer melted into the receptive ground. This morning I could feel the water percolating up into the arms of the two large willows along the stream and I imagine them grateful and relieved.

It has been a summer of touching rivers for me. The Tenaway in Eastern Washington, the “mighty” Columbia that defines our borders, the John Day, Wenatchee, Skykomish, Stillaguamish, and the sweet Icicle Creek in the Central Cascades. It’s hard to move through the Pacific Northwest without being in touch with or near a river. They are the blue veins of our lands and the animals, plants, fish and humans that depend on them rarely take them for granted. They all have a unique voice a unique path but in some sense they are the same river.

As we camped along the Columbia we happened to be near a place that was once called Celilo Falls. 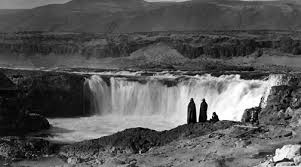 This was once an incredibly important fishing ground for the indigenous people of the area. Now the falls are drowned under 90 feet of water due to the construction of the downstream Dalles dam. Looking out at the river it’s hard to imagine the falls and rapids that were characteristic of these rivers in the Northwest that are charging down the mountains to the sea. Now, lake-like and serene the deep river meanders through the thick-walled canyons like a caged animal.

On March 10, 2007 local tribes gathered on the banks of the river to mourn the loss of the falls. It was 50 years to the day the gates closed on the river and Celilo Falls, artifacts burial grounds and the fishing platforms were all submerged under 90 ft of water.

“It all came to an end in six hours March 10, 1957, when the U.S. Army Corps of Engineers closed the gates on The Dalles Dam, flooding out Celilo Village and washing away fishing scaffolds where Indians had caught the salmon that fed their families, and their souls, for thousands of years.

Today the river that once crashed and boiled through miles of basalt chutes, islands and rocks is a placid, 24-mile lake.” 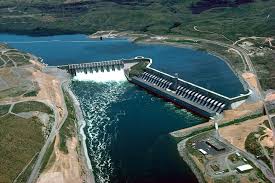 In six hours… Geological, cultural, sacred, holy land and water, drowned.   And, this summer for the first time, fishing for Chinook has been halted because of the ever-dwindling runs. That makes me sad in a way that’s hard to describe.

We came home from our summer travels to the news that a young Orca J50, from the Salish Sea residential pod, had died, most likely succumbing to illness and drowning in the waters of her birth. This news after weeks of watching a mother Orca carry her dead calf on her head. After being so near the drowned Columbia River it’s hard not to feel the pressure we have put on these rivers and have lost so much more than their beauty and wildness.

The first day of fall, before the afternoon rains, this story appeared in the Seattle Times.

It is a heart wrenching call-to-arms by Seattle Times environmental reporter Lynda Mapes. She has been the town crier for all things rivers and dams. Her elegant reporting on the removal of the Elwah dams still rings through the hearts and minds of the people trying to reverse the seemingly irreversible. Her story helps us better understand how a dam on the upper reaches of the Snake river can cause the death of a young orca off the northern coast of Washington State.

My book The Same River is about a fictional river and a fictional dam with fictional characters feeling, deciding and behaving in very familiar ways. Telling this story was the best way I knew how to convey how important it is to look deeply into these issues, remember who we are and why the life of J50 is so important to us. In deep ecology we have the concept of inherent value. It is a useful term now as we begin to stretch our hearts and minds into a place where human value no longer is at the front and center of every issue. It is a time to listen to the indigenous people who have lived here for thousands of years and remember the depth and wisdom they bring to the issues of our time. To them losing J50 was the death of a young family member. I know what that is like. There is nothing more difficult to lose one so young. It is also time to imagine what is possible, to mourn the loss of J50 and Celilo falls. To stand on the banks of the large body of the Columbia River, bend down, reach into the slow, cold water and listen carefully for the sound of the falls. 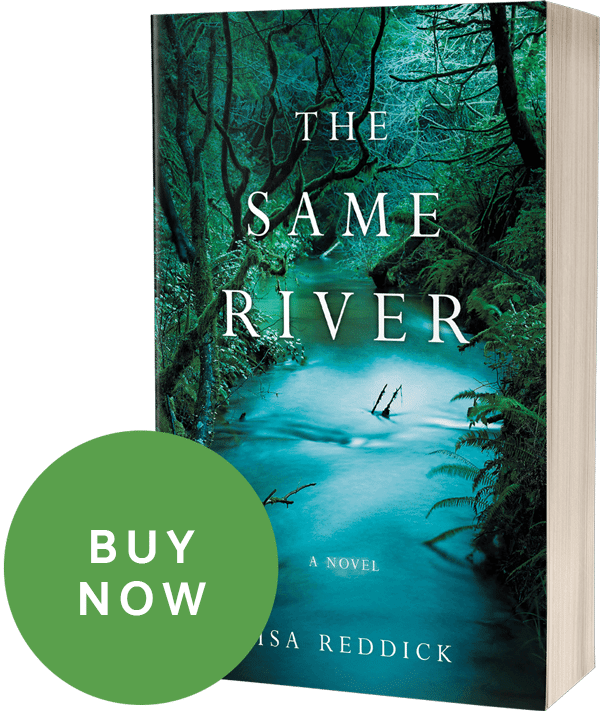